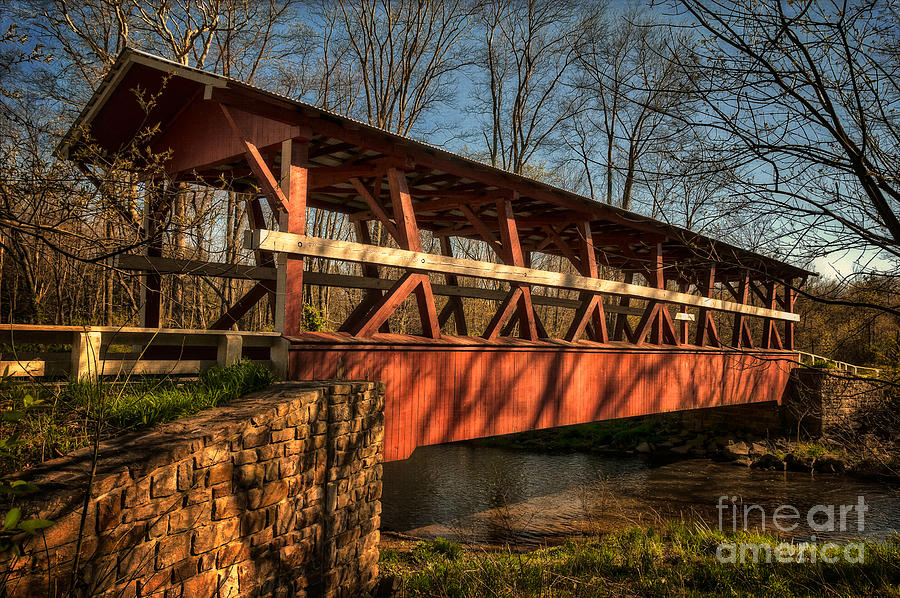 A late afternoon capture taken in early April of the beautiful Colvin Covered Bridge near Schellsburg, Pennsylvania. Built in 1894, it is a multiple kingpost bridge, resting on concrete abutments.

Congrats on your sale Lois!!

Congrats Lois. This is a wonderful capture.

Congrats on the sale.

Congrats on your sale!

Congrats on the sale!

Awesome lighting and shadows Lois...very impressive colorful detail as well...l/f for sure

So tack sharp and that aided by great lighting makes this a fantastic image.

Lois---a beautiful and wonderful capture of the covered bridge! lvf